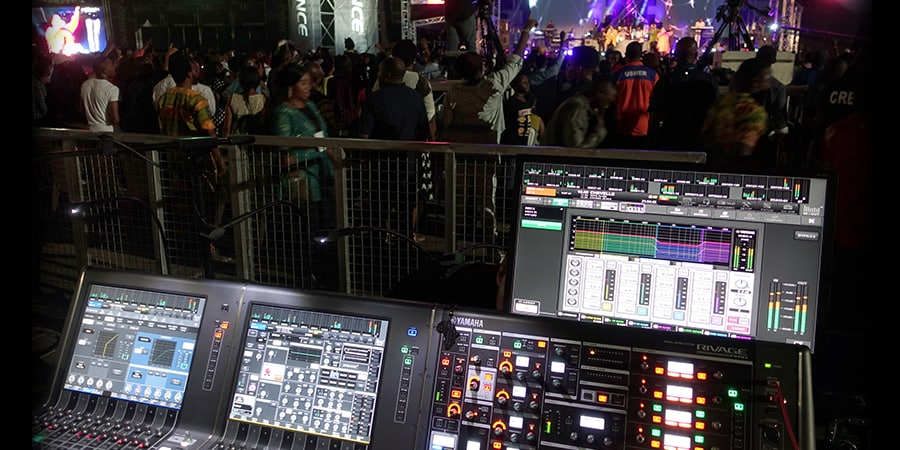 Every year the Nigerian city of Lagos stages The Experience, an annual gospel music concert held at Talewa Bafewa Square. With a estimated attendance of over 500,000, the audio requirements are huge. Every year the organisers try to improve the event, which is why the latest show featured a RIVAGE PM10 digital mixing system. 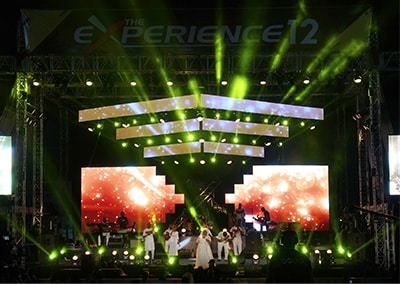 The Experience is now in its 12th year, with London-based Subfrantic Production Services involved since 2013. Initially the company supplied a team to run the Front of House and monitor sound, but it has subsequently taken on a much bigger role, including broadcast audio, live recordings, lighting and stage design, backline, video screen content, stage management and electrical safety.

In previous years, Subfrantic used Yamaha CL5 and CL3 consoles for the FoH, monitor and broadcast mixes, but this time they flew their RIVAGE PM10 system out to Lagos to handle FoH.

“The Experience has gone from a comparatively small event, put together with the limited resources available in Lagos at the time, to a truly world class international concert which is broadcast live across the world to a potential audience of millions,” says Subfrantic’s Steve Davies. “You can’t do that with a ‘that’ll do’ mentality and RIVAGE PM10 gave us a huge opportunity to improve the audio. It was one that The Experience wanted to grasp from the moment we suggested it.” 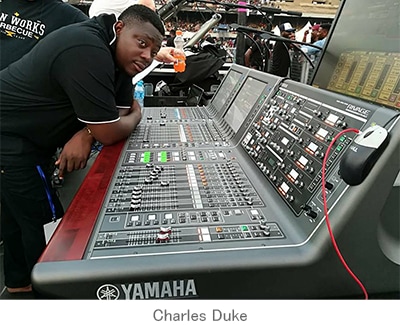 Managing the sound for such a big event inevitably comes with significant challenges, not only because of its size, but also the location.

“The audio network is a major challenge. As well as it being fairly complicated, we need to ensure that we have a reliable, fully redundant infrastructure, with high quality cabling and components that you can trust. The climate in Lagos isn’t just hot, it’s incredibly humid, which means the lifespan of equipment and infrastructure is significantly less than you would expect in Europe or the US,” says Steve.

“This year the TwinLANe fibre network gave me a lot of peace of mind. We brought analogue splits to keep it and the Dante network separate and, just like every time we’ve used it, you plug it up, tell it what you want it to do and it just works. No questions, no hiccups. It was rock solid for the whole event.”

RIVAGE PM10 also brought many other benefits to Steve and his team.

“Running the whole show at 96kHz made a significant difference, as did no longer being restricted to 64 channels of Dante at FoH,” he continues. “I could do all sorts of small things that made life for the mix engineers easier, but simply having the flexibility in the patch was a welcome luxury.”

“The effects are a huge leap forwards and the increase in the modelled Rupert Neve Designs dynamics also moved everything up a gear. The SILK processing was the biggest change, though. It brings the desk to life like nothing you’ve ever heard! Through a huge PA system, the extra creativity that it allowed me to bring to the mix was really obvious.”

Steve looks after the European and American artists on the show with Charles Duke, his African opposite number, looking after the African artists. Charles was every bit as delighted as Steve with the performance of RIVAGE PM10. 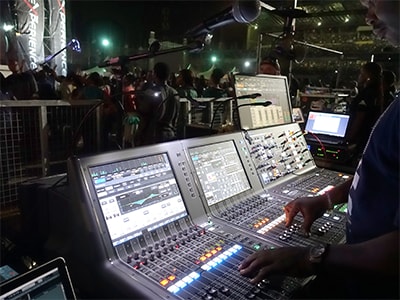 “Charles has his hands on the FoH console the most and he loved it!” says Steve. “A few of the artists bring their own engineers, some are ‘hands on’ and some are happy to direct what we’re doing, so we had some decent conversations about the difference between the CL5 from previous years and the PM10 this time around. The unanimous view was that, although the CL5 is a great console, PM10 really takes it to the next level in terms of the available tools and overall sonic quality. At the same time it maintains the same familiar ‘Yamaha feel’ and user interface, which meant that anyone stepping up to it for the first time was comfortable within a matter of minutes.

“The decision to use RIVAGE PM10 was a huge success, the client commented on the audio improvements over previous years and are very keen to have it again next time, possibly adding our RIVAGE PM7 to the event for monitors.

“The Experience is a really tough show on equipment but, as usual, Yamaha quality really shows through in difficult circumstances.”

For more information on RIVAGE PM10 at The Experience, Please see the following video.