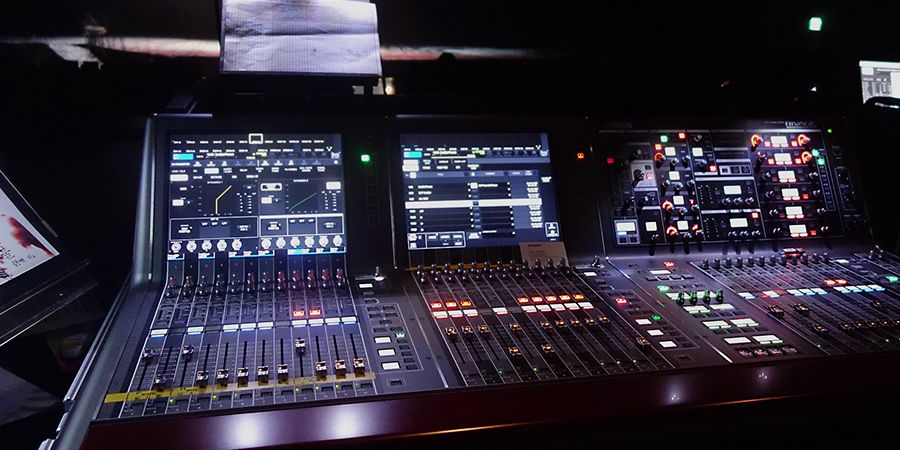 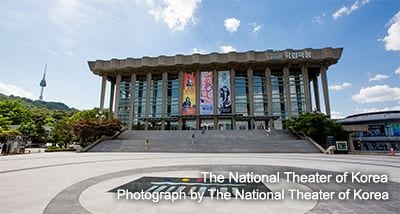 The Yamaha Rivage PM10 system was first introduced to the National Theater of Korea in 2017 and made its debut on October 25th for the premiere of an elaborate production of Changgeuk, the traditional Korean opera, “Wildfire”. The following is an interview with the theater's sound engineers as well as an introduction and some background information on the PM10 and its many applications.

The National Theater of Korea 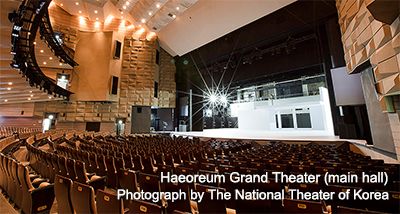 The National Theater of Korea opened in 1950 as a representative theater of Korean culture and was the first ever national theater in Asia as well. It is located in the Namsan region of Seoul surrounded by the beautiful seasonal scenery. The theater is host to three main groups, The National Changgeuk Company of Korea, The National Dance Company of Korea, and The National Orchestra of Korea, and is responsible for producing various kinds of traditional Korean art with a modern and more global feel. The theater features 4 different halls; the Haeoreum Grand Theater (1563 seats), Daloreum Theater (512 seats), Byeloreum Studio (100 seats), and the Haneul Round Theater (627 seats)

The National Theater has an extensive history of featuring, and owning Yamaha digital mixers including the PM1D, PM5D, M7CL, 02R, and 01V. Mr. OH, Jin-Soo, the former head engineer of the theater who is now responsible for theater production management, spoke about Yamaha's impressive reliability and said proudly, “The National Theater is one of the first users of the PM1D in the world and I was the first engineer to use it in Korea, so I have been using a lot of Yamaha products including Yamaha's digital mixers for a long time and I understand the high-quality of Yamaha's products and support.”

The introduction of the Rivage PM10 system 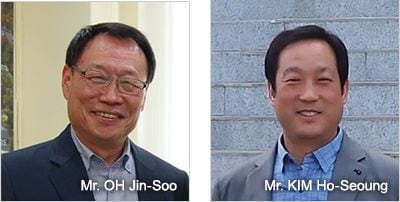 The main hall of the National Theater, the Haeoreum, was designed as a multi-purpose hall to adapt to a range of different types of shows, and was renovated in 2004. They didn't make drastic changes to the hall's acoustic architecture or sound system initially, but then decided to make a more modern system that would improve sound quality for the audience and be able to adapt to more elaborate or complex productions, so they decided to make additional changes to the facility over the following 2 years. The first step in this process was to replace the PM1D system, which they have been using for a long time as their main console, to the latest PM10. This decision was based on criteria that included having a digital mixing console that all 7 sound designers at the National Theater could easily operate, and of course, superior reliability. The chief of the sound design team of the National Theater’s National Stage Arts Department, Mr. KIM, Ho-Seoung says, “Every member of the team has long experience using Yamaha digital mixers including the PM1D, so they are familiar with Yamaha technology, and especially comfortable with the high level of reliability. Thus there was no hesitation choosing the PM10 as our new, main mixer.

After the rehearsal period, the Wildfire debuted on October 25th presented by the National Changgeuk Company of Korea. Wildfire is based on a legendary drama originally performed at the National Theater in 1962 and has been adapted into a “changgeuk”, which is a style of Korean traditional opera, and features new music composition, singing and dancing arranged with a more contemporary production. The main theme is the behavior and instincts of humans in extreme situations particularly during wartime. It is a very large production featuring over 50 cast members and performers, while the stage features 1000 real bamboo trees for forest scenery, and the innovative 360 degree spiral stage adds an exciting edge to the performance. To express this deep theme sonically the audio team tried a lot of experimental techniques with music and sound effects — for example, music coming not only from the main speakers but from the effects speakers then back to the stage using a cross-fade for dramatic scenes, or using a 270 degree surround pan for airplane sound effects. The PM10's comprehensive features and user-friendliness contributed greatly to the success of these creative techniques. 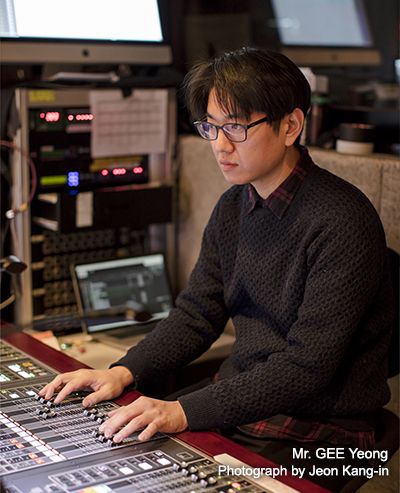 Mr. GEE, Yeong, a sound designer of the National Theater, who is heading the sound operation of Wildfire mentioned about the production, “With 46 people on the stage at once, a digital mixer plays a big role already. I made a scene memory for various parts of the production demarcating important scenes, like leaving scenes and singing scenes etc. so you can change the grouping assign of DCA by each scene memory and even if there are 48 wireless microphones you can manage them easily. And also using the DCA rollout function you can quickly access the grouping channel layer of DCA to adjust each channel's balance.”

Mr. GEE, Yeong also said about his first use of the PM10 from rehearsals, “In fact I have used the PM1D for 17 years and I thought that existence of many knobs and buttons above the control surface of the PM1D was a great advantage, so I was initially worried about the PM10's user interface. But after using it several times I realized my worries were unnecessary as there are actually knobs and buttons that are easily accessed for functions that need fast, precise adjustment. As for other functions, the UI is very well organized so I didn't feel any inconvenience whatsoever.”

On plugins, “I also think it's a big advantage regarding plugins since, for other digital mixer's plugins, you mostly have to buy from 3rd party companies, but with the PM10 there is an extensive suite of popular, practical onboard plugins from esteemed effects and plugin designers such as tc electronics and Eventide, and the preamps even features the Neve SILK processor. I also think it is great that the Scene Global Paste function from the Yamaha CL Series was adopted by the PM10. With the PM1D, if you want to copy and paste parameter settings from the current scene to other scenes, you always had to repeat several steps such as Scene Memory load, correction and save, but now you can do it much more easily.” 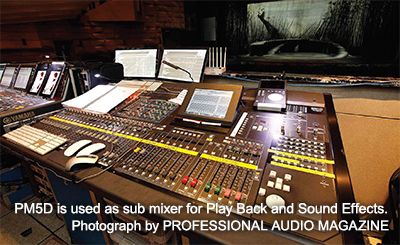 Overall Mr. GEE, Yeong is very satisfied remarking “We just started to use it but even in a limited amount of time we can tell the PM10 has much improved sound quality and ease of operation contributing greatly to our production and workflow.”