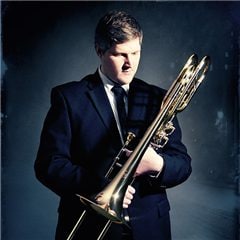 His love for jazz and bigband was encouraged by Marc Godfroid in the bigband of the Royal Conservatory in Ghent.

This inspired him to start his own professional bigband “TuesdayNight Orchestra” – which he lead for 10 years (2004-2014) and which was orchestra in residence of the Sounds in Brussels and the Hopper in Antwerp.

Bart has collaborated with orchestra’s, ensembles and bands such as the Opera of Flanders, Ensemble de Cuivres de Belgique, Lady Linn and her Magnificent Bigband, the Whodads, The Metropole Orchestra (NL) and the Brussels Jazz Orchestra. As a soloist he wants to promote the colours and possibilities of the bass trombone in several formations and styles. His playing inspired composers such as Steven Prengels and Karel Van Marcke to write for this cause.

At SLAC/Conservatorium in Leuven Bart is active as low brass and ensemble teacher. 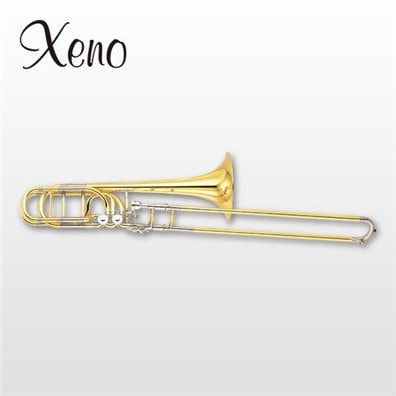